The Rock Church is the oldest part of Sumela Monastery. The icon of Virgin Mary was found by two Athenian monks named Barnabus and Sophronius, and the monks decided to cover the Icon by forming the cave into a church.Â

So the church was formed by carving the cave deeper, smoothing the surfaces and putting a straight wall to the entrance. A small chapel was added jutting the wall on a later period.

The church formed the foundation of the Monastery and the construction expanded in centuries which became a big complex.Â

The inner and outer walls of the church are covered with beautiful frescoes with scenes from the Bible about Jesus Christ and Virgin Mary. However a closer examination shows that there are older and more valuable frescoes at the layers below the recent ones.Â

The wall facing the courtyard has the frescoes dating from the period of Alexios III. In one of these frescoes Alexios III, his sons Manuel III and Andronikos were described, which are totally ruined today. The frescoes at the chapel next to church are in three layers belonging to three different periods starting from the 18th century. 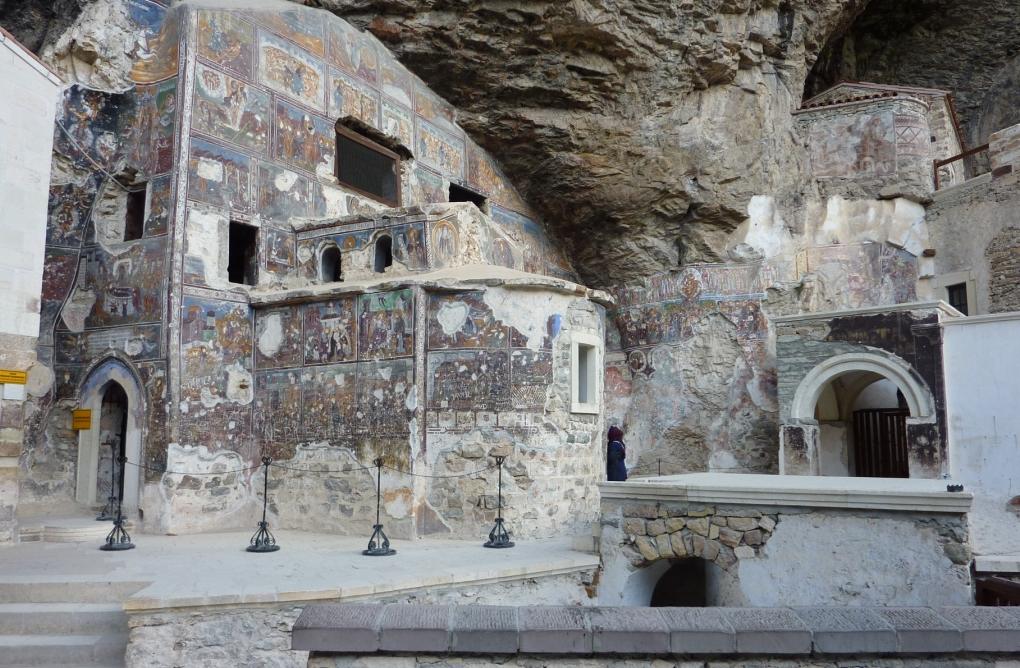