Studios Monastery is located in Istanbul and dates back to 454. It has architectural characteristics of Early Christianity period.

After 798 it became really important place and cultural center and had 700 monks. It was a place where religious books were reproduced and new chants were composed. Small piece of cranium and arm belong to John the Baptist were brought into Studios Monastery in 10t century and this place was accepted as holy. Today all these pieces are in Topkapi Museum. After the Latin invasion it was repaired and surrounded with thick and strong walls in 13th century.

Studios Monastery was converted in to a mosque and had a fire in 1782. After it was repaired, it was damaged because of earthquake in 1894. In 1908 the wooden dome of the mosque collapsed because of heavy snow. Then it has some small repairs. Today it can be visited with the permit from Hagia Sophia Museum. 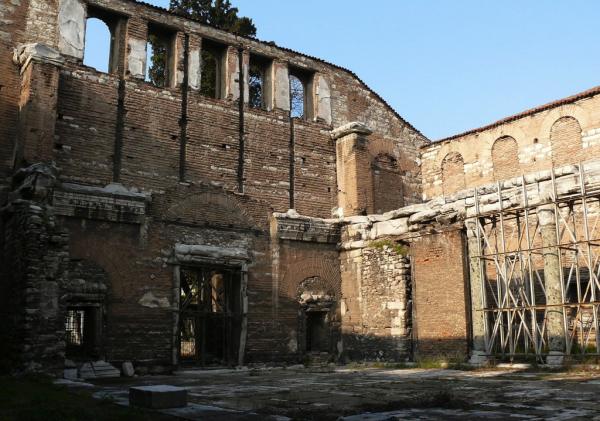