According to the legend, Sumela monastery was founded by two Greek priests named Barnabas and Sophronios in 386 AD during the reign of the Roman Emperor Theodosius I (379 - 395) who is also known as Flavius Theodosius.

In the 6th century, during the reign of Emperor Justinian, the monastery was repaired by one of his commanders called Belisarios.

In the 13th century, Trabzon and the areas started to get under the control of a new formation called the Komnenos Dynasty, developing as a separate state of the Byzantium Empire. Trabzon became their capital and the princes titled themselves as the true heirs of the Byzantium Empire. During the reign of Alexios Komnenos III (1349-1390), the monastery took its present form. It was funded annually by the imperial and lived its heydays.

When Ottomans came and the sultan Mehmet II conquered Trabzon in 1461, he ordered Sumela monastery to be protected and the Sultans following Mehmet II stayed loyal with the order and gave special rights and privileges to the monastery.

Until the Russian occupancy in Trabzon (1916- 1918) , Sumela Monastery stayed active and visited by monks and Christian and Muslim pilgrimages.

In 1923, Ottoman Empire collapsed and after the National Liberty war, the independent Turkish Republic was founded by Ataturk. After 1923, Sumela Monastery was abandoned because of the population exchange between Greece and Turkey according to the Treaty of Lausanne.

In 1930, those who migrated founded a new monastery which they named as the new Panagia Soumela Monastery on the slopes of Mount Vermion, near the town of Naousa, in Macedonia, Greece. Some treasures from the old Sumela Monastery were carried to the new one in Greece.

With the fire in 1930, the wooden parts of the Sumela Monastery were destroyed. In the following years, treasury hunters damaged the other parts of the Monastery.

Today Sumela Monastery is a museum open to visitors from all over the world, and the restoration work is funded by the Turkish Government. 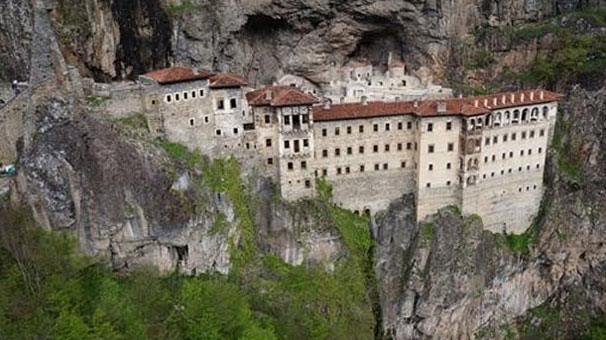