Sumela is 1600 year old ancient Orthodox monastery located at a 1200 meters height on the steep cliff at Macka region of Trabzon city in Turkey. 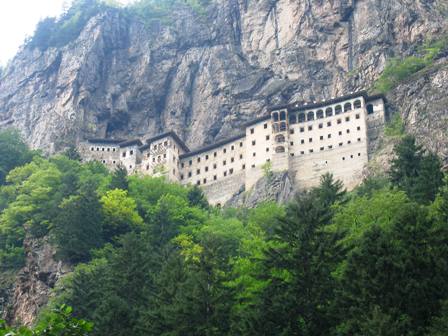 The monastery is constructed on rocks reached by a path through the forest. The beautiful frescoes dating from the 18 th century on the walls of the monastery are biblical scenes of Christ and Virgin Mary.

The site was abandoned in 1923 and became a museum and a popular tourist attraction because of its breath-taking location, structure and scenery. 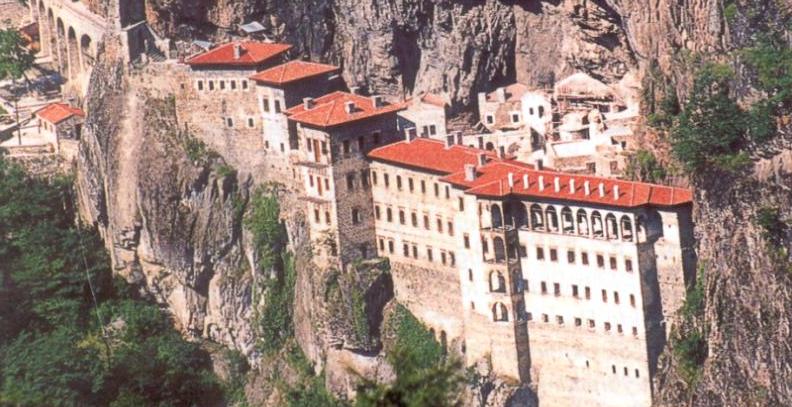 On 15 August 2010, with the permission of Turkish Government, an Orthodox Mass was held for the first time at Sumela monastery since 1923.